The EPFX/SCIO or Quantum Biofeedback, is a sophisticated and profound energetic medicine system. It incorporates electro-dermal screening, stress testing and biofeedback.  It is a computerized system that both tests and balances the body at the subtle energy level. 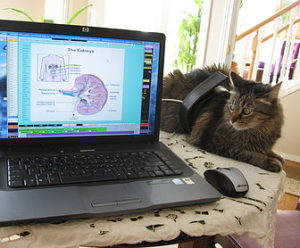 Specific information related to the Essential Energetics Treatments can be found here. Other Frequently Asked Questions (FAQ’s) may be found below. Feel free Contact Us if you have further questions or wish to schedule an appointment.

Q. WHAT IS MEANT BY “SUBTLE ENERGY”?

A. Intelligent or invisible energy for diagnosis and healing has been used for thousands of  years in acupuncture and other ancient, traditional healing arts. Conventional Western Medicine is the only major health system, which does not recognize any form of biological energy. Quantum physics in the past 100 years has provided a scientific understanding of the electro-magnetism, which is at the heart of energetic medicine.

Every cell, organ, meridian and emotion has a characteristic electro-magnetic signature. Illness can start as an energetic disturbance, which can be detected by the Quantum Biofeedback system. The body’s subtle energy system is an early warning system. Imbalances in the body’s subtle energies show up much earlier than overt physical disease.

How often have you complained of symptoms, for which all the tests come back normal? By the time blood tests and X-rays reveal abnormalities, the disease process may be quite far advanced. Healing can often only be addressed by harmonizing the subtle energies. All aspects of our lives (physical health and illness, emotions, thoughts) operate according to the laws of quantum physics. We can now all have access to the power of energetic healing, combined with ancient wisdom and modern technology.

Q. WHAT IS THE EPFX/SCIO?

A. The SCIO/EPFX is a sophisticated bio feedback system, which is designed for stress detection and stress reduction. It does NOT diagnose any clinical diseases.

The EPFX/SCIO Quantum Xrroid Consiousness Interface is a state-of-the-art Evoked Potential Biofeedback System for stress detection and stress reduction. During analysis, the EPFX/SCIO is connected to the body via a headband and limb straps. It then resonates with thousands of tissues, organs, nutrients, toxins and allergens for one-hundredth of a second each, and records the degree to which your body reacts. This type of rapid assessment is known as the Xrroid Process.

Q. WHAT DOES THE EPFX/SCIO ACTUALLY DO?

A. The EPFX/SCIO scans the client’s body like a virus-scan on a computer, looking for everything from viruses, deficiencies, weaknesses, allergies, abnormalities and food sensitivities. It reports on the biological reactivity and resonance in your body and indicates needs, dysfunctions and vulnerabilities. The information provided is fundamentally different from that provided by X-rays, blood tests, etc, because it tells us about the energetic state of your body and the direction in which your body is focusing its energy.

Q. AND AFTER THE BODY IS SCANNED?

A. Once the EPFX/SCIO has measured vitamin levels, amino acids, nutrients, food substances, minerals, enzymes, natural sugars, toxins, hormone levels, muscle tone, disease, bacteria, moulds, fungi, viruses and the health and balance of internal organs, it then compares these figures against a “norm”.

Q. HOW DOES THIS COMPARISON HELP?

A. Basically, the EPFX/SCIO shows up anything that is affecting health. For example, if someone has digestive trouble, the EPFX/SCIO may show that that person had salmonella as a child, which is still causing him or her problems. Or if a person is chronically tired, the EPFX/SCIO could show an acupuncture energy imbalance.

Q. SO YOU USE THE EPFX/SCIO TO INDENTIFY PROBLEM AREAS?

A. It’s more than just an analysis tool. The EPFX/SCIO, after measuring the body’s frequencies, feeds back its own frequencies to redress or neutralize destructive wave patterns. In some cases it may add frequency, in others reverse it to either enhance or counteract the body’s own resonances. The EPFX/SCIO reveals not only the negative aspects of the body but also the positive aspects. However, in attempting to improve and revitalize health, we tend to focus more on the negative aspects, so that they can be redressed.

Q. HOW DOES IT REVITALIZE THE BODY?

A. As the EPFX/SCIO has been devised using the principles of Quantum Physics, that question is easier asked than answered. During therapy the EPFX/SCIO measures the body’s resonance/reactance pattern and determines what benefit has occurred in the time period since the previous measurement (less than a second earlier). If there has not been an improvement, the input resonance is altered. It maintains each beneficial setting as long as it is helping, and changes it as required.

Q. CAN YOU USE THE EPFX/SCI?

A. The EPFX/SCIO is ideally suited to children, as they are often unable to verbally communicate the site or degree of their discomfort or pain. Parents of children suffering from behavioural problems have noticed considerable improvement, as the EPFX/SCIO unearthed contributing factors, such as food intolerance.

Q. HOW ABOUT ANIMALS/PETS?

A. YES! Animals are unable to communicate with us in the most obvious of ways, although it may be apparent that they are suffering from both physical and psychological problems. Pet owners have seen vast improvement in the behaviour and increased vitality of their pets following EPFX/SCIO therapy.

The EPFX/SCIO can also be used to help clear businesses, homes, land- everything is energy and can therefore be brought into balance energetically.